His collaboration with Lou Dorfsman (Creative Director for CBS during its golden period) The Gastrotypographicalassemblage, was a monumental 3D wall that became an icon of modern typography. 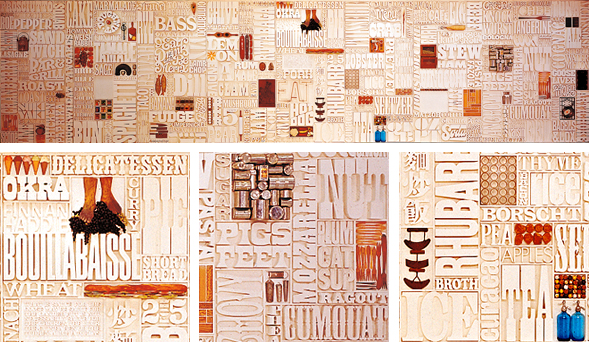 When CBS remodeled its quarters in the 90’s, The Gastrotypographicalassemblage was dismantled and nearly discarded, but salvaged by designer Nick Fasciano.  The remains were recently moved from his Astoria basement to Atlanta’s Center for Design Study, where it is being restored to its original glory.

AIGA article by Center for Design Study’s executive director, Richard Anwyl, on the restoration of the piece.

Interview with Lou Dorfsman on the creation of the wall, from Center for Design Studies website.